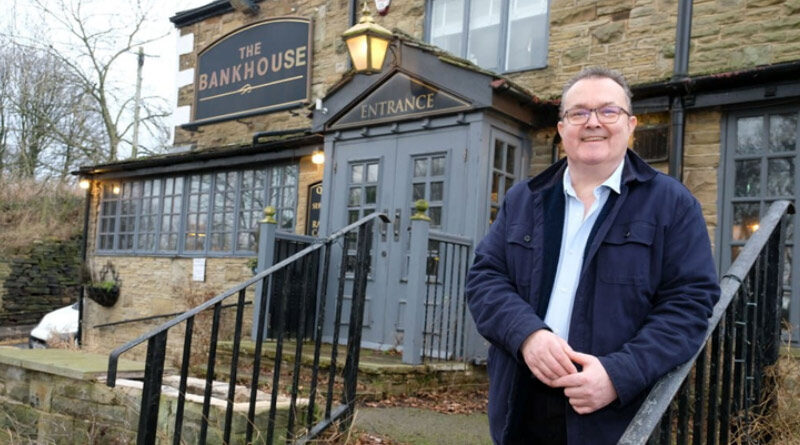 The refurbishment will turn The Bankhouse on Bankhouse Lane into a great quality traditional country pub serving excellent food, bringing to an end residents’ concerns for its future.

The project is being carried out by Heineken-owned Star Pubs & Bars and new licensee Richard Thewlis. Roberttown born-and-bred Richard grew up in West Riding pubs run by his parents. He transformed the fortunes of The Railway at Drighlington when he took it over in 2008. The Bankhouse is his second pub in the area. Luke Morton, manager of The Railway, will help Richard run The Bankhouse.

Work started on 9th January and The Bankhouse is scheduled to reopen in mid-February, creating 20 new jobs. It will fully renovate the outside of the beautiful stone built pub, adding new signage and lighting. The project will also overhaul the overgrown garden – which has stunning views over the surrounding countryside – with new seating for 180 people, pretty planting and festoon lighting.

Richard – who is a trained chef – plans to make food a focal point at The Bankhouse. The menu will focus on affordably priced homemade pub classics and will include customer favourites from The Railway, such as meat & potato pie, lamb suet pudding and Sunday roasts. Dishes will be made from scratch – right down to the batter on the fish – and ingredients will be locally sourced wherever possible. Meat, for example, will come from Broster’s of Lindley Moor. With local walkers and cyclists in mind, the pub will serve barista-quality coffee and cakes throughout the day.

Says Richard:
“The Bankhouse is an idyllic old pub in a picturesque location. I fell in love with it as soon as I walked in. It’s got a wonderful atmosphere but it’s in a sorry state and crying out for TLC and investment. The refurbishment is just what’s needed to bring it back to life. The Bankhouse has been sadly missed by people; I want to make it an asset to the community once again.”

Adds Jon Kelly, Star Pubs & Bars’ area manager:
“Richard has built a fantastic reputation for The Railway, and I’m confident he will do the same at The Bankhouse. He knows the area and really understands what people want. He’s just the person needed to revitalise the pub. We’re delighted to be working with him.

“Plans for The Bankhouse were delayed by the pandemic and its aftermath, but it’s reopening will be worth the wait. It will be a fantastic local for those living nearby and a destination country pub with a gorgeous garden for people from further afield.”